India beat England 3-1 in the just concluded four-Test series to set up a World Test Championship title date with New Zealand but the Indian coach wasn’t happy that midway through the tournament, the global body changed the criteria from maximum points earned to maximum percentage points earned. 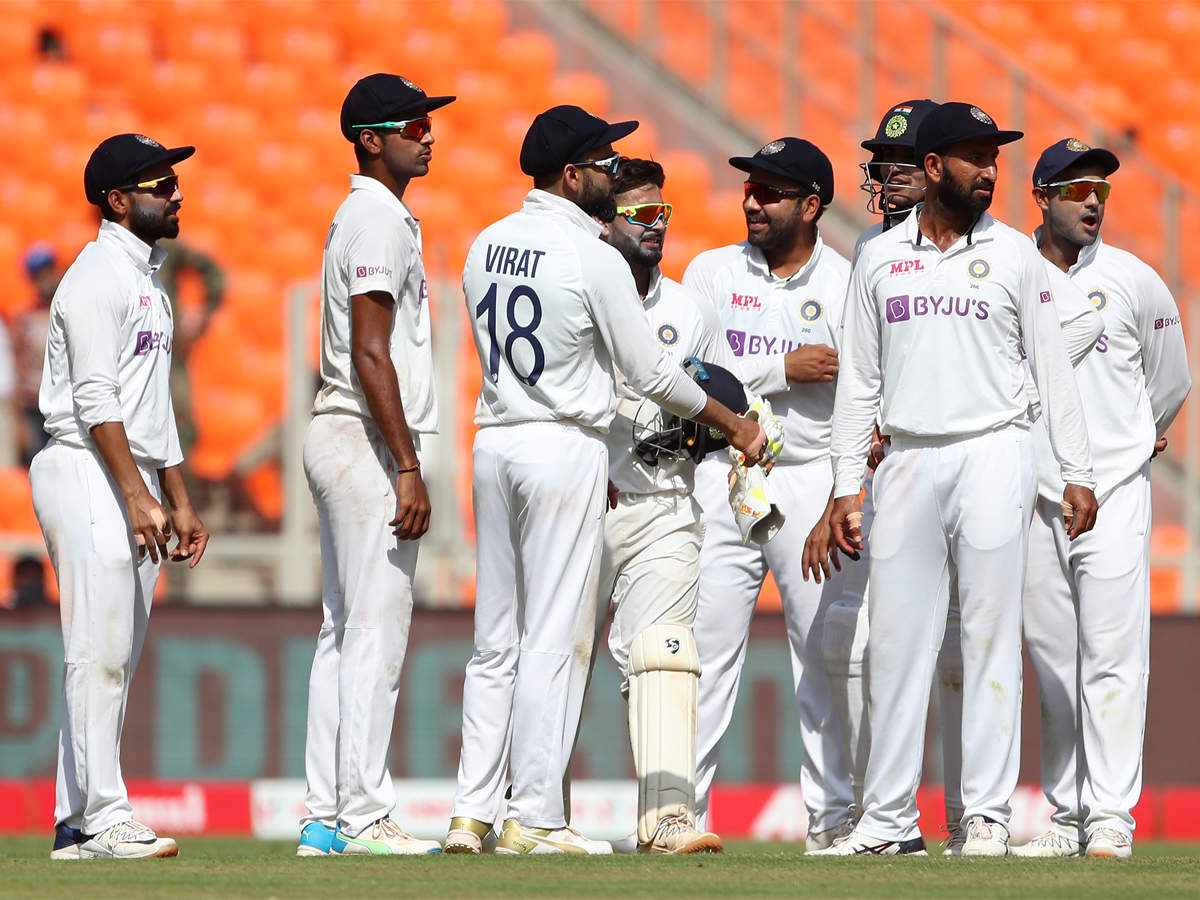 India’s new Test cricket heroes have pandemic-induced squad regulations to thank for getting their shot in the Australia and England series, coach Ravi Shastri said Sunday. Given the added risk of fatigue and injuries in the “bio-bubbles” needed to stage international games during the coronavirus crisis, teams have been allowed to have larger travelling squads.

“If you ask me about the first cycle, please don’t shift the goalposts,” Shastri took a direct dig at the ICC when asked about what changes he would like when the WTC is held during the next cycle of events.


“I am sitting at home because of COVID-19 in the month of October with more points than any other team, 360 apparently (having won three series and lost one). A week later without knowing some rule comes that we are going to go (move) into the percentage system and we go (slip) from number one to three (in points table),” the coach said.

🗣️ “One quality that stands out is the fearlessness.”#TeamIndia Head Coach @RaviShastriOfc on how the youngsters… https://t.co/znDjvMAT49

He continues, “Fine that’s because of countries not wanting to travel, countries that are in the red zone. All acceptable and fine.

“I want to understand the logic because now it’s like “What’s the way forward for me?” Sitting 60 to 70 points ahead, I am told, now you have to go to Australia and what do you have to do? You have to beat Australia,” he had a lot of sting in his voice.

“Now how many teams in the last 10 years have beaten Australia?”

“If you don’t beat Australia, you come back home and you have to then beat England 4-0 and get close to 500 points and you still don’t qualify? So we have had to dig deep and go down every hole and we have earned our stripes to be in the biggest of them all – the World Test Championship final,” the acclaimed commentator in him was out.

Love him or hate him, it is very difficult to ignore the influence he has on people in general. His fans love him but not more than the army of trolls, who are all up in arms, making memes that are distasteful many a times.

“I would say it’s banter. They do it to have fun at my expense. I will have milk and honey and you enjoy your drink,” he laughs.

“Kya farq padhta hai yaar (How does it matter buddy?). I mean when you post those things, kitne jan haanste hai, bolte hai Ravi ke barein mein (when they post a meme, people laugh and they talk about me).
“It’s okay as long as the team does well,” said the coach, who showed a lot of spirit when socialite Shobha De posted one such meme.

From being criticised to being feted, Shastri knows the nature of fickle- minded Indian fans.

And what’s the secret recipe of his success?
The former all-rounder believes his “man management” skills have come to the fore, treating each player differently, something that has paid dividends.

“I didn’t know what to expect when I first took up the job. But what I have learnt in the last six years, I haven’t in the past 35 years (as a player and commentator).

“Virat wanted work ethic, fitness, high fielding standards and trust within the system and also get rid of excuses that this is not right and that went wrong etc etc”

“When I walk into the team room and see the energy, I haven’t seen such an atmosphere where you have trust, you enjoy each other’s company and performances,” he said.

Investors’ on-chain activity hints at Bitcoin price cycle top above $166,000 After breaking out …