As the world observes 40 years of the HIV/AIDS epidemic, we talk to India’s pioneering activists and advocates who have not stopped spreading awareness about the disease even in these COVID-19 pandemic times

From being in denial mode in 1986 to reversing the incidence of HIV/AIDS by an impressive margin by 2012, India fought the battle against one of the longest — and ongoing — epidemics with the active participation of the people.

For a conservative society like India’s, it took 15 years of hard work, arguments, discussions and planning to roll out a uniform AIDS control programme. When drugs, treatment and cure were unavailable, prevention was the mainstay.

Former Union Health Secretary, K Sujatha Rao, who served as Director-General of the National AIDS Control Organisation (NACO) from 2006-2009 and was instrumental in herding India’s efforts in fighting AIDS, recalls how in a first, representatives of high risk groups and civil society leaders were invited to every meeting with experts to advise on how to check the spread of the disease.

“It received massive global funding and political support that made collection of evidence-based data, mapping, contact origin and tracing of the virus possible. In this huge exercise, the real heroes were the community leaders, activists and volunteers who effectively reached out to target populations,” she says.

Here, we speak to some of them. For someone like Mona Mishra, who in 2009 lost her husband, Ramesh (he was haemophilic and got infected with HIV in the early 1990s following blood transfusion), and 12 years later, lost her father to the Coronavirus, anger and aggression perhaps come naturally. Fighting despair and frustration, she remains as committed as ever to make HIV history.

In the early days of the HIV epidemic in India, few people knew anything about the Human Immuno-deficiency Virus (HIV) and the rights of People Living with HIV/AIDS (PLHA). Mona, a young filmmaker then, went about making films on real life stories to challenge discrimination and educate people how the virus could be transmitted.

Mona met and started working with Ramesh in 1995, when doctors had little experience and the Anti-Retroviral Therapy (ART) drugs were neither free nor available easily in India. The couple would get them from their friends in the US and the side effects that included nausea, vommitting, upset stomach, hallucinations took a toll on both, the patient and the caregiver. They established the first support group, Positive Life, and travelled the country with their films on HIV.

“Initially, we did not know how to take our work forward. There was no audience for our films but we realised the imperative need to educate people on how the virus could be prevented from spreading. We started by meeting small groups across sections — doctors, lawyers, University students, housewives, drug users, sex workers, pregnant women, and blood donors to arrest their fear about the disease,” recalls Mona.

“That was the time when due to the stigma and ignorance, people were afraid of people and not the virus,” she says, “and we decided to talk about the disease openly instead of just being silent observers of the Government’s role.”

Progression of HIV response turned remarkable after more than a decade of the first batch of eight cases reported from Madras in 1986. Many more activists like her were able to vociferously advocate for not just treatment of the infected but also their right to live with dignity. They were able to fearlessly tell the Government how to run the show.

Over the years, Mona who joined the UN in the late 90s, kept pushing for long-term perspectives that included reaching out to the most vulnerable groups and ensure proper implementation of safety measures. She brought field experience and ideas to ensure the inclusion of everyone who is at risk — especially transgender individuals, sex workers, drug abusers and men who have sex with men — as they are historically under-represented in medical research and encounter barriers accessing quality healthcare.

“We have to continue working with the young population, who have grown up without information about AIDS because the disease prevention campaigns of the yesteryears have disappeared due to a lack of commensurate funds. The focus has shifted to treatment now,” she says. 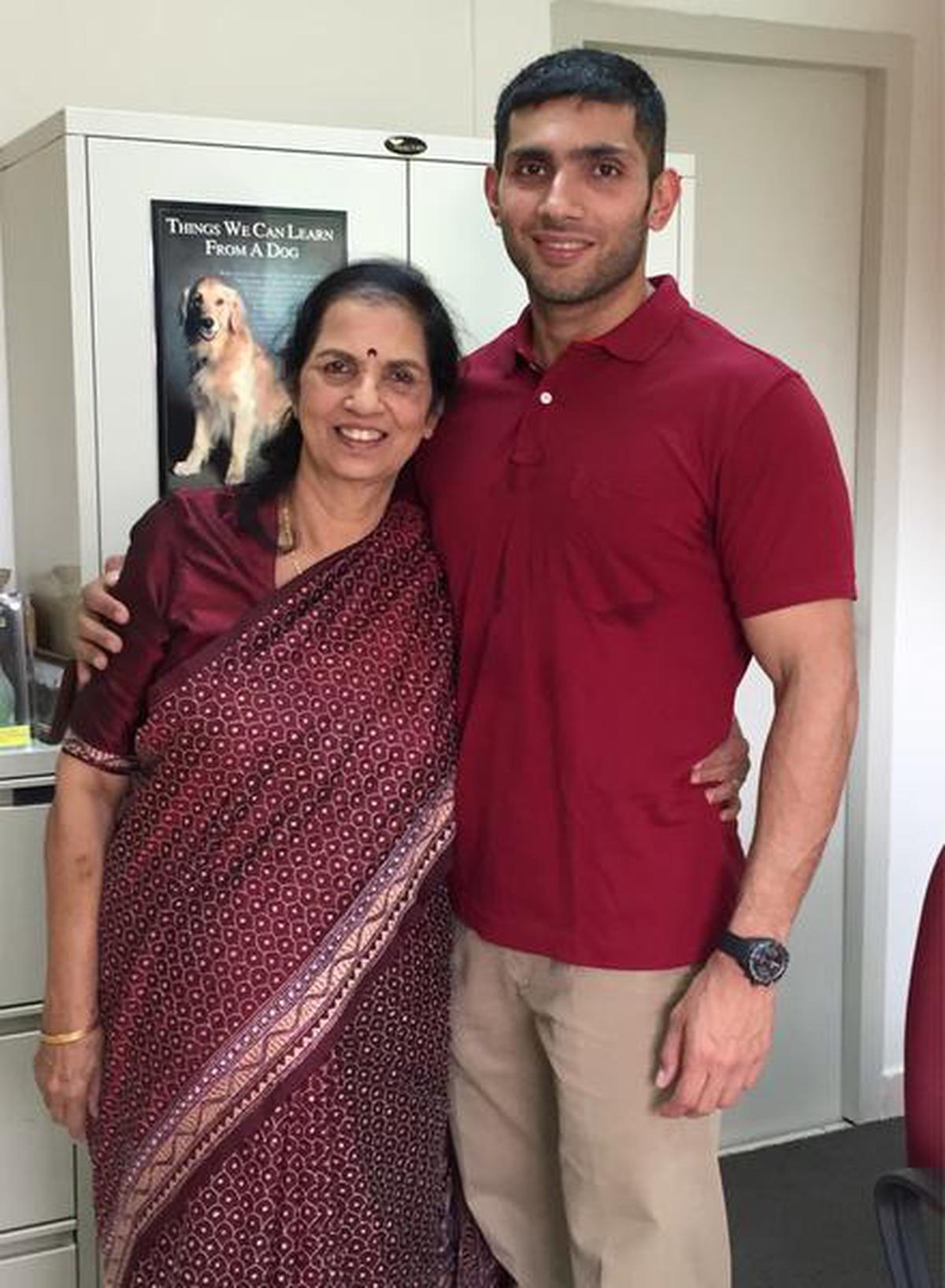 As the son of the famous “AIDS doctor of Chennai, Suniti Solomon”, Sunil grew up on dining table conversations around public health. Five years after the world’s first AIDS case was reported in the US in June 1981, his mother, who was a physician and microbiologist, randomly tested 100 blood samples of female sex workers in Chennai. When eight of them tested positive, she sent the samples to the Division of Infectious Diseases, Johns Hopkins University (JHU), Baltimore, for re-testing. The results marked the first HIV documentation in India.

“Accompanying my mother on her work in the later years, I often wondered how the poor can afford treatment when they fall sick and especially if it is a long drawn disease, such as AIDS.” It drew him to public health and he returned to JHU as an epidemiologist when AIDS cases were peaking in India in the late 90s.

Sunil was quick to understand it was not just about HIV but the way our health system is designed to treat only one disease. Through the YR Gaitonde Centre for AIDS Research and Foundation his mother established and he chairs now, he integrated different disciplines to provide succour to PLHA who require social support and help in dealing with depression and mental health issues.

Sunil says that a holistic HIV prevention programme is needed to improve overall health awareness among high risk populations. “Advocacy needs to be ascertained if we want the multi-pronged approach to HIV infection successfully in place,” he says.

Since a majority of the people either fail to get diagnosed or fall out of the treatment plan unless it is a matter of life and death, Sunil strives to deliver healthcare services at the doorstep through his foundation’s work. “Public health strategies do not change but in this age of social media, we need to change our education campaigns. If we educate masses to move beyond their traditional thinking and priorities, the HIV infrastructure can be pulled out of its slackness and utilised effectively,” he says.

HIV has no symptoms but you pick up other diseases easily when the virus suppresses your immunity and as a result people remain undiagnosed for long. The pioneers of the AIDS movement diligently questioned the politicians and the bureaucrats to mainstream the disease by empowering communities. “My mother always told me, at least try to make treatment easier and save those who break free from barriers and come to you seeking medical care,” he says. 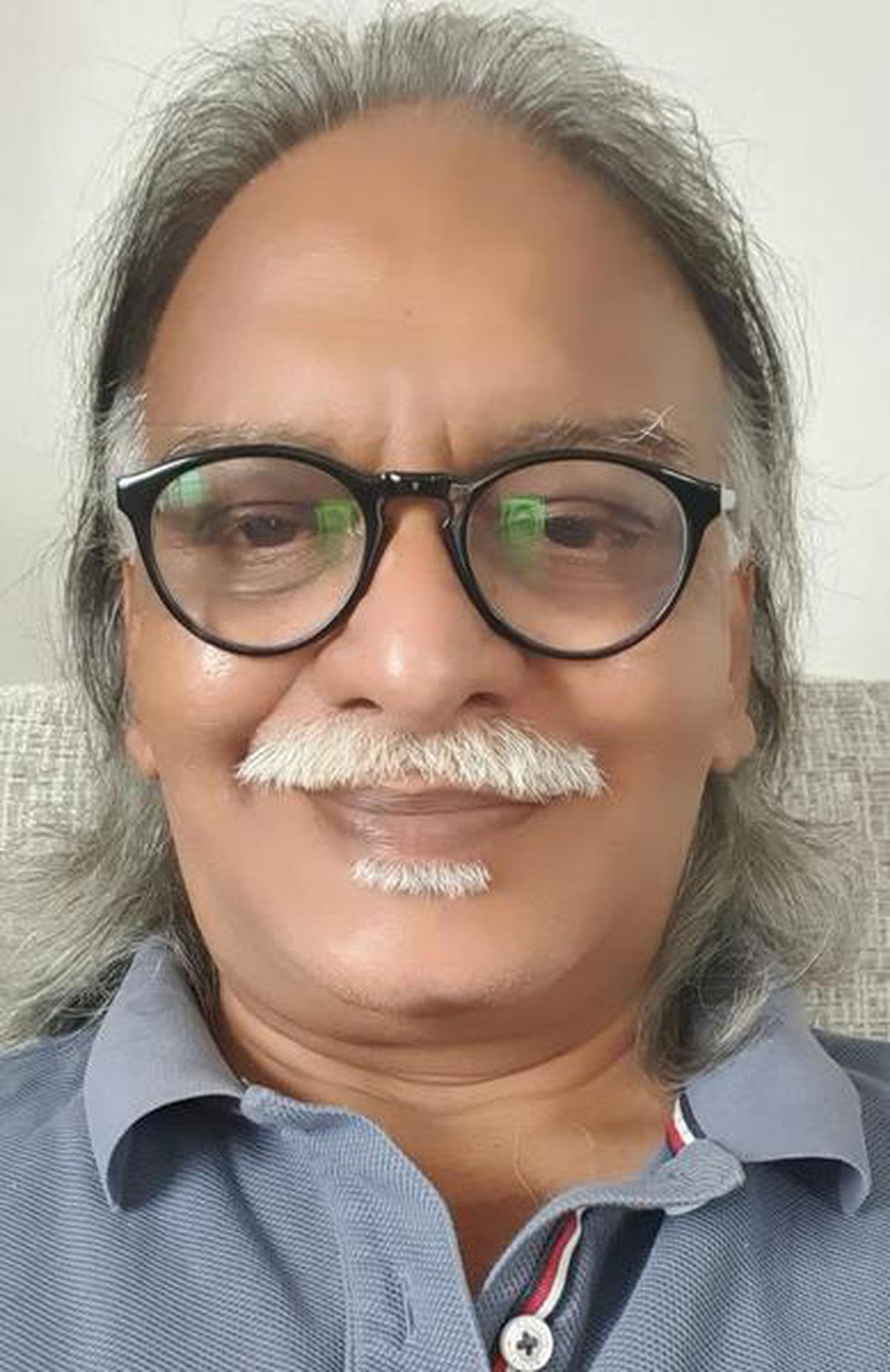 The day Dr S Sundararaman was on his way to pay the fees for his admission to Madras Medical College back in the Seventies, his uncle asked him a pertinent question: whether he wanted to be a doctor or a healer?

A decade later, he had his answer. When gynaecologists in Chennai refused and he stepped in to deliver India’s first baby born of HIV-positive parents, he understood how he can help heal people with HIV. “I am more of an instigator who goes around convincing people about the seriousness of an issue,” he says, introspecting.

From the first batch of HIV-infected individuals, when the 20-year-old pregnant woman delivered a baby boy on December 16 and died subsequently, the toddler, who was named after Sundararaman, was adopted by a couple in New Zealand when he was two years old.

Those days, HIV-infected people were kept in a Government home so that they could not spread the disease. It was a difficult time because people did not understand the virus other than the sexual connotation attached to it. The Government fought the battle on morality believing Western culture was alien to India and so AIDS could not come here; condom was not a part of public language and awareness campaigns on risks of unprotected sex were not allowed on prime-time TV.

“It was a perfect example of dichotomy where people did not want to confront the issues of multiple-partners and sex for transaction yet the State sought to ban prostitution without knowing where to find the practitioners of the trade,” says Sundararaman.

The way to deal with fear and trauma is to talk about it and find ways to heal, says Sundararaman, who established the AIDS Research Foundation of India in 1988. People started queuing up outside his clinic increasing his responsibility, he says, and lot of women came to the forefront to launch HIV-awareness and prevention related initiatives because they sensed that for a majority of the women, it was about life after HIV-infection whereas for men it was sex after HIV.

“The social movement for responsible behaviour around HIV has to keep going, or else no will bother about it,” he says.

Mumbaikars will travel by trains from August 2: BJP | Mumbai News – Times of India

Adults must keep a watch on children’s behaviour during pandemic, says expert